The inevitability of ad blocking for apps

All app developers are also web and mobile users. Though we depend on advertising to monetize our own apps, we would likely agree that ads can get annoying, whether you’re on your desktop browser or smartphone.

Adblock Plus, Shine, TrustGo, and more ad blockers have been working on taking care of the former for years, and have been quite successful – you’ve probably have had ad blocking software on your desktop for quite some time – but with Ad Block Plus coming to mobile (officially) this week, it’s clear that users want this ability on their mobile device. It’s not surprising since more than half of all web traffic is mobile, but it signals a troubling realization for app developers. Users don’t want annoying ads - in their browser, mobile experience, or anywhere.

This spells trouble for every mobile app developer trying to monetize using in-app ads. Let me be clear – no one is yet blocking ads from apps or even from mobile browsers that aren’t proprietary, but the annoying in-app ad’s days are numbered. 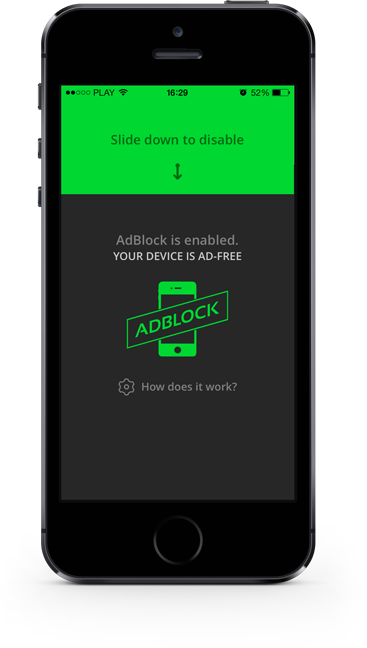 We all know what it’s like to be browsing a site or playing around on an app, only to be interrupted by an annoying ad – pop ups, banners, videos. The ads take you out of the experience, some even playing video (you know who you are). Most people who block ads agree that they only want to rid the world of those annoying ones. They don’t mind the safe, non-intrusive ones, the ads that sit quietly on a side bar in small squares, are safe. They make it through the filters, due to how they are served. But does anyone even notice those? Probably not.

Adblock Plus eliminates ads from their smartphone browser only. Their method is to create a downloadable browser, the Adblock Browser, that does not allow ads. You would need to set the default browser as the Adblock Browser to ensure any links clicked in apps or emails would go through this rather than Google Chrome or Safari. In-app ads are not affected.

Although mobile browser ad blocking doesn’t quite make app developers who monetize with in-app ads obsolete, it should make us stand up and take notice. Annoying ads, in the browser or the app, will soon be a thing of the past – your users are demanding that things change.

We Need Desktop and Mobile Advertising

Advertising is vital to the overall web and mobile ecosystem. People aren’t going to pay for content (keep trying, Wikipedia) and ads allow that content to remain free. Users are willing to put up with a bit of annoyance, but advertisers have gotten out of hand and the clamoring from users either means they’ll create a need for more software like Ad Block, or they’ll just drop your app and move on to one of your many competitors.

If we don’t change how we monetize apps, in-app ads will inevitably become a thing of the past there, too. Without real monetization options, free content won’t stick around – many companies will not be able to afford to let valuable information or apps go for free.

We have to stop doing the easy thing – in-app ads that are just junk. We certainly hope you try out Mira (it solves so many of these issues, but even if you don’t, take a look at the other options for monetizing your web app.

The app developer ecosystem is rich with diverse apps and if we continue to muck it up with the terrible ads that so frustrate our users, we’ll too be soon facing our own app-pocolypse.