You don't radio on TV 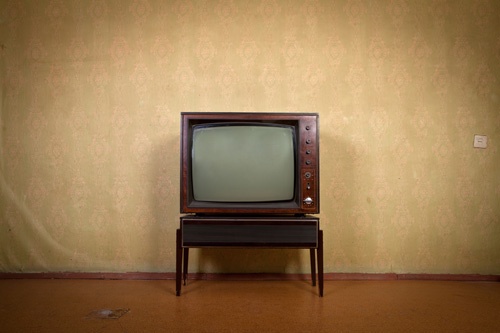 So why do we think desktop works on mobile?

Almost 3/4 of a century ago, the below image made history. It was aired during a Brooklyn Dodgers baseball game on WNBT Channel 1 with a voice over that proclaimed “America runs on Bullova time”. 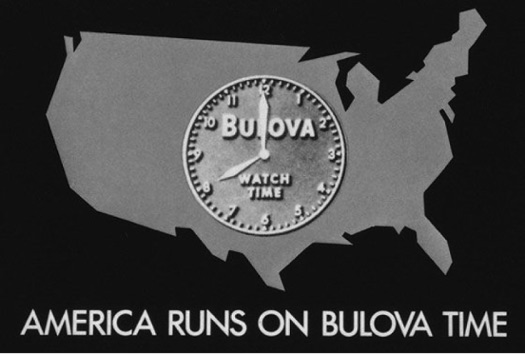 You’re looking at the first (FCC Approved) advertisement to air on television – the first commercial.

We’ve come a long way since then with the commercial success of Nike, Coca Cola, and even the incredibly commercial-driven Super Bowl. Far from these over-blown ads, the first television spots were hardly recognizable as commercials. These early forays into televised salesmanship were more of a hybrid of the two primary channels of the time, print and radio.

So how did TV become such a dominant force in advertising and in our living rooms? The answer is, it evolved to meet the changing needs of a more media-driven audience. 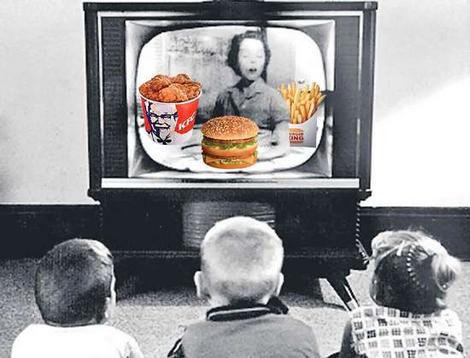 While most consumers today find commercials increasingly annoying, advertising continues to play an important role in our media landscape. Free TV is sponsored TV, and the same truth applies to radio, print and even the web. In fact, you can really attribute the growth of a media channel to how well advertisers can monetize it.

The rise of department stores in the U.S. gave way to a booming national newspaper circulation following the American Civil War. Radio, impossible to monetize otherwise at the time, saw its heyday in the 30’s and 40’s with the infamous Soap Operas – daily dramas sponsored by soap companies. This is the era in which national advertising campaigns became a true corporate focus.

America’s 70 year love affair with TV would probably never have been possible without the ad industry learning to adapt their strategies to something more suitable for the medium.

We’re at the precipice of something similar in mobile consumption today. In these pre-teen years of the mobile-age, we’re still trying to cram a desktop strategy onto the tiny screens that just can’t support them effectively. I think Gokul Rajaram who used to be product director of ads for Facebook says it best:

Reminiscent of those first TV ads, the mobile ad strategy has to adapt or the channel dies.

Many could argue that mobile ads are ineffective today and the evidence exists to support that. We spend around 24% of our media attention focused on our mobile screens. In 2016, mobile is expected to generate over $18B in revenue in the US but that’s only 10% of the total ad spend projected for this year.

Why don’t these numbers align?

Mobile is missing out on $26B based on how much of our attention is consumed, which by the way, is up 25% since 2013. Why? Because we’re trying to replicate the same strategies from the desktop rather than thinking about mobile as its own unique channel – with its own unique advantages and challenges.

Yes the screen size is small, but I also carry my mobile device with me everywhere I go. It’s true that mobile sessions are typically not the best place to reach a consumer, but these devices are loaded with sensors that make it contextually aware and makes you, by extension, a digital reference point in physical locations.

So is mobile doomed? Hardly…

With “screens” shrinking since the American Civil War, has our preferred method of consumption finally shifted to a screen too small to monetize? Of course not! There’s certainly a market-wide problem with mobile monetization, but when markets run into a problem, smart people rush to solve it.

We believe that the answer lies in taking the mobile impression off of the mobile screen. The solution is using our mobile devices for ad context, not ad content. We believe mobile devices can be used to make the ads we see around us every day, whether they’re on Taxi TVs, digital signage or other supported screens, more relevant and useful than they have ever been.

With the right context, which a mobile device can provide, ads can change seamlessly based on the audience immediately present – the ubiquitous mobile device is the connective tissue to make this ecosystem work. And most importantly, we believe this can be done without imposing on people’s privacy.

In the end, we know that solving the mobile app monetization problem is important, primarily because by solving the problem, we ensure the survivability of the medium. But simple ads that compete with the app itself just aren’t working. With almost all in-app ad clicks accidental, we must figure out a better way.

The best ads come at the right time, on the right screen, with the right message and based on the interests of the audience that can see it. In the middle of a challenging game or while checking which subway to take as we rush down a crowded sidewalk is simply the wrong time to interrupt. Serendipitously seeing an ad for something you’ve been researching as you’re walking through the mall has a much better chance of being effective.

Mira was conceived to make app delivery more organic, more relevant and less interruptive. The closed beta is soon to open up, so let us know if you’d like to get a peek under the hood. Book time to talk to us today.