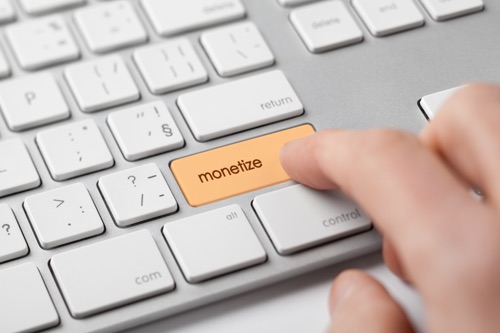 It’s a valid question. That’s certainly how most things are monetized these days. Old media, like radio, TV and newspapers rely heavily on inserted advertising. Even the tech giants, like Google, Facebook and the like, are primarily monetizing via ads that are shown amongst content. But let’s not pretend that just because it’s the most common monetization, it’s always the best one.

First, not all contextual advertising works – in fact, most doesn’t. The ads that perform are those that provide value, presenting the right ad at the right time and focusing its message on the right person. And that’s how the best advertising works, across all platforms.

Knowing this, why are we popping up ads in our apps? It’s time for a better model – one that allows you to monetize your app without creating a user experience (UX) disaster. First, let’s talk about what in-app ads do to your app’s UX.

To have a successful app, the user’s experience has to be seamless – enjoyable, valuable, easy to use. Your app needs to deliver on its main objective, whether that is to provide information or to provide entertainment, and it must not be confusing or annoying. Ads can absolutely bork an app’s UX. All things being equal, an app with the better UX will win over its competition every time.

At the end of last year, Pricewaterhousecoopers conducted a survey around mobile ads and how the user interacted with those ads. What they found is that over half of all mobile ad clicks are accidental. That’s a bad experience for your user (and it’s absolute mayhem for the advertisers).

Accidental ad clicks were addressed by Google in back in 2012. To eliminate those “fat finger clicks,” a confirmation button should appear on an ad that is clicked – around the edges of the ad. It was a great solution for the advertisers on Google’s ad network. This change meant they were no longer paying for accidental clicks, so those who visit the advertiser’s site truly want to be there. But, don’t for a minute think that this corrects the poor user experience that fat finger clicks create.

There are other forms of monetizing your app, but many still negatively affect the UX, either directly or indirectly. Charging up front for your app greatly handicaps your download rate, raising the barrier to entry significantly. Free apps have become the expected standard. Users don’t want to pay for an app that they can get for free from another app developer.

In-app purchases, especially in games, are a more reliable alternative to ads, but even this method can have negative repercussions. Just look at the review section of any app with in-app purchases and you’ll see what users think about having to pay for energy, juice or stamina.

It can be easy to hook a user with a really fun game, but at some point, they’ll tire of having to pay to play. The alternative, waiting until the energy bar is full, just means that you’re moving them out of the app for long periods – and those long periods will lengthen as your user loses interest.

Most developers are sitting on valuable data that advertisers want, and parting with some of that data can be a reliable monetization method – assuming you can deeply protect your users in the process. When someone downloads your app, you gain incredible insights into what interests them. You have data that includes their personal demographics, what type of phone they have, and even their spending habits. This data is valuable because advertisers want to serve ads to the right people.

First and foremost, though, you have a responsibility to protect your users’ information. You should not be sharing data that is personally identifiable, and you should only be sharing information that will, in turn, make the experience better for the user.

Once you integrate Mira’s SDK in your next app, an anonymous profile of your user’s data is created – more akin to categories than actual personal data. Their profile may tell us some preliminary demographics, but it isn’t traceable back to the user.

What comes next is where you can clearly see the value to both advertisers and users. This anonymous profile triggers targeted ads to your users on external, supported screens (Taxi TV, Electronic Billboards, Kiosks, etc.). You receive ad revenue (with a minimum monthly guarantee), your UX is unaffected, and your user’s data is anonymized and safe.

Advertisers love Mira, because they’re able to deliver ads in context, and outside of app distraction. Since ads are served to your users on external screens, away from the compelling experience of your app on their mobile phone, acting on the ads is clearly intentional – these actions represent an interested prospect. Because the quality of activity/clicks increases, the CPMs increase as well – higher revenue for the developer, higher ROI for the advertiser, higher value for the user.

Integrating with Mira allows developers to build apps that can purely delight, without sacrificing user experience, user privacy and your well-deserved remuneration. Developers deserve to be paid for their efforts; Users deserve an easy to use, uncluttered app and their privacy; Advertisers deserve to know that they are paying for qualified prospects.