So, You Can Only Build for One App Store

Writing an app is no joke. Even simple apps may take months to complete, and ongoing updates are still necessary to take advantage of new software updates and to stay relevant and competitive.

Soon after the idea comes, the first parts of planning will include a decision of which app store. You may have plans to launch on both iOS and Android, maybe Windows Phone or Amazon, but you’ll start with one first. To make this important decision, you’ll have to take stock of your current resources and apply that knowledge against what we know about the landscape of both app stores, especially in terms of monetization possibilities and competition. Ruminate on these vital issues:

Which App Store for Your App?

Let’s start by admitting that one of the main reasons that many developers publish their app on one app store only is because they have deeper knowledge of one programming language. For example, if your background is Java then Google Play or the Amazon App store would be your main choice (and you may be able to publish the same app on both stores, with very little or minor modifications). 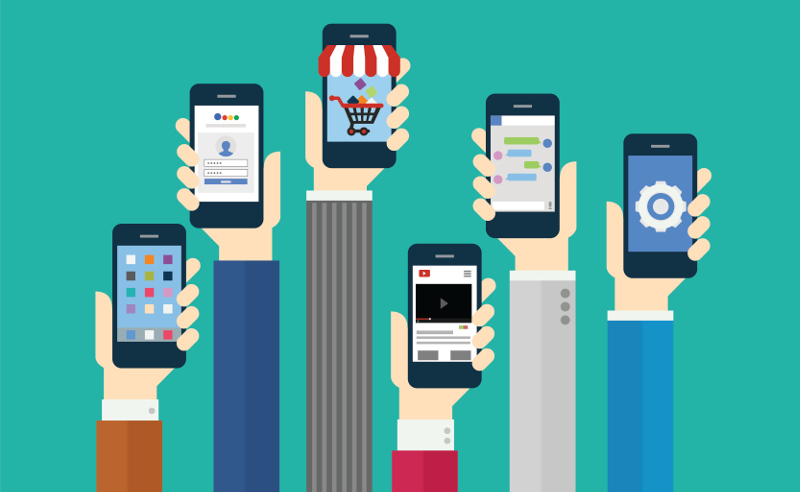 Realistically, though, popularity of the stores is likely more relevant to your choice. With Windows Phone and Amazon garnering a much smaller footprint, it’s more likely that you’ll choose Android or iOS as your first app store.

Pro tip: Some generic functions of an app (e.g. authentication or form creation) can be implemented with few commands using third party APIs that provide a consistent way to accomplish certain goals across different platforms. Investigate third party options to save yourself headache on some component functionality.

But skill and popularity aren’t the only reasons you choose an app store. If you are a seasoned software engineer that can easily switch from C# to Java (or Go) to Objective-C (or Swift), but you really don’t have a lot of time to create the app, you still may decide to build for only one app store. Your time is valuable, so you should make the app for the store that has the biggest chance of success for your app.

Statistics related to app stores are everywhere on the web, and they all point to the same directions when it comes to popularity. Google Play has a larger install based, with Apple close behind. So when it comes to popularity, Android-powered Google Play looks like a winner until you add monetization options to the mix. Apple users spend more money on apps, so if you want to make money on your app, Apple’s App Store makes for a strong argument.

How are you monetizing?

If you are thinking about a free app with ads, Google Play could be your winner as it allows more flexibility in choosing your advertising network and it has more overall downloads than the Apple Store. On the other hand, if Freemium or Paid apps are a part of your monetization strategy, the Apple App store is the way to go, because these users are more likely to pay for apps, in-app purchases, premium content.

Finally, let’s discuss security. Apple’s App Store is absolutely buttoned down and the code submitted is binary, not byte code that can be repackaged with malware. Google Play is notoriously less so buttoned up, with a minimum of oversight. About 90% of malware is found in the Google Play store.

There is no answer that fits all cases. It really depends on what your app was meant to accomplish, how you plan to monetize your work, and your skillset. Research all of your options and jump in.